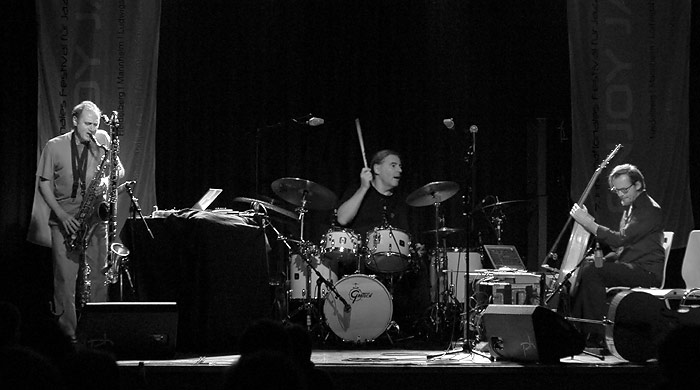 Much like art performance, freely improvised music is considered spontaneous, transient, and unique. Could approaches from the world of music help us conserve ephemeral art?

Musing on the relationship between spontaneity and beauty in dance in 1810, Heinrich von Kleist described a gesture of perfect grace: a young boy pulling a thorn from the sole of his foot, in unintentional imitation of a celebrated Roman sculpture. Yet the harder he tries to repeat this movement, studying himself in a mirror, the more it eludes him. His naturalness, the source of the beauty, slips into affectation. Repetition is impossible – and its pursuit is destructive.

For Thomas Gartmann, Head of Research at Bern University of the Arts, this anecdote speaks to something essential about free improvisation and ephemeral Arts in general. Descended from jazz and experimental music, free improv developed into its own genre in the 1960s, and Professor Gartmann sees it as deeply connected to the political ethos of the time. Improvising musicians defied the authority of composers and the strictures of sheet music, instead following their own instincts and collaborating with other musicians as equal partners. Though they bring intense concentration and disciplined musicianship to each improvised performance, the naturalness and spontaneity prized by Kleist remain key. Whether playing solo or with others – usually in an ensemble of musicians who have spent countless hours practicing together – the freely improvising musician seeks to never repeat herself, to produce something perpetually new, to surprise not only the audience but also herself.

In January, Professor Gartmann spoke with our team about some shared interests: the ephemerality of performance forms that can be practiced, but not rehearsed, and the question of how – if at all – to capture and conserve the purely live. Unlike most forms of music, and very much like (most) performance art, each free improv concert is considered a unique, unrepeatable event.

Of course, freely improvised music can be, and frequently is, recorded. Professor Gartmann points out that the recording of Keith Jarrett’s 1975 concert at the Cologne Opera House – the first jazz concert ever performed there – sold more than 3.5 million copies, becoming one of the most successful jazz albums ever produced. But what is the artistic and ontological status of such a recording? For Gartmann, to record freely improvised music is to transform it: from a performance into an artwork, from a memory into an infinitely repeatable moment. The ephemeral and intangible is reified, made concrete. And when it comes to recorded music, as Valerian notes, the producer is frequently a significant artistic voice, co-creating the new work that results. All of this changes not only the status of the music itself, but also the way we relate to it, allowing us to access a singular event – or at least certain aspects of it – anywhere and anytime.

We are surprised to learn that for many philosophers of music, the performance is not really a “work of art” until it is captured and can be repeated; within the visual arts, an artwork may vanish and still be seen as such. But we understand very well the transformative power of documentation. Nearly twenty years ago, the influential theorist of live art Peggy Phelan argued that performance cannot be recorded, because to “document” a performance is inevitably to create a new work. Phelan’s perspective is not the only one, but it continues to shape discourses on performance and preservation today. Hanna is intrigued by the possibilities of applying music theory and philosophy to the art performances that are our objects of study.

From our perspective in the art performance, we understand that to “conserve” improvisation would thus mean something more than making an album of it. And in fact, although free improv rarely includes deliberate visual components, it cannot be reduced to sonic output alone. As Professor Gartmann notes, many musicians release not just albums but also video recordings of improv concerts. They believe that the unique atmosphere and energy of the live concert is better conveyed by views of the stage, the performers’ interactions and facial expressions, the size and responses of the audience, the architectural character of the venue. In short, though music is primarily about sound, documenting the visual aspects of free improv as well as the processes of interaction is also important. Emilie pointed out that conservators of sound art installations or audio-based performances sometimes miss the mark in this regard, citing the example of a sound installation that was “documented” only by photographs of a loudspeaker.

But if free improv is a practice rather than a product, as Gartmann convincingly argues, then no documentation will truly capture it. It lives in the bodies, minds, and instruments of improvising musicians, and perhaps in the memories, however fallible, of their audiences. But conservation can be much more than documentation. Traditional music practices, for instance, fall under the jurisdiction of “intangible cultural heritage,” which UNESCO seeks to preserve in part by recording musicians’ knowledge, and helping them to pass it on to new generations who will carry on their traditions. In this sense, at least, we might say that free improvisation is being “conserved” by countless musicians who practice it worldwide.