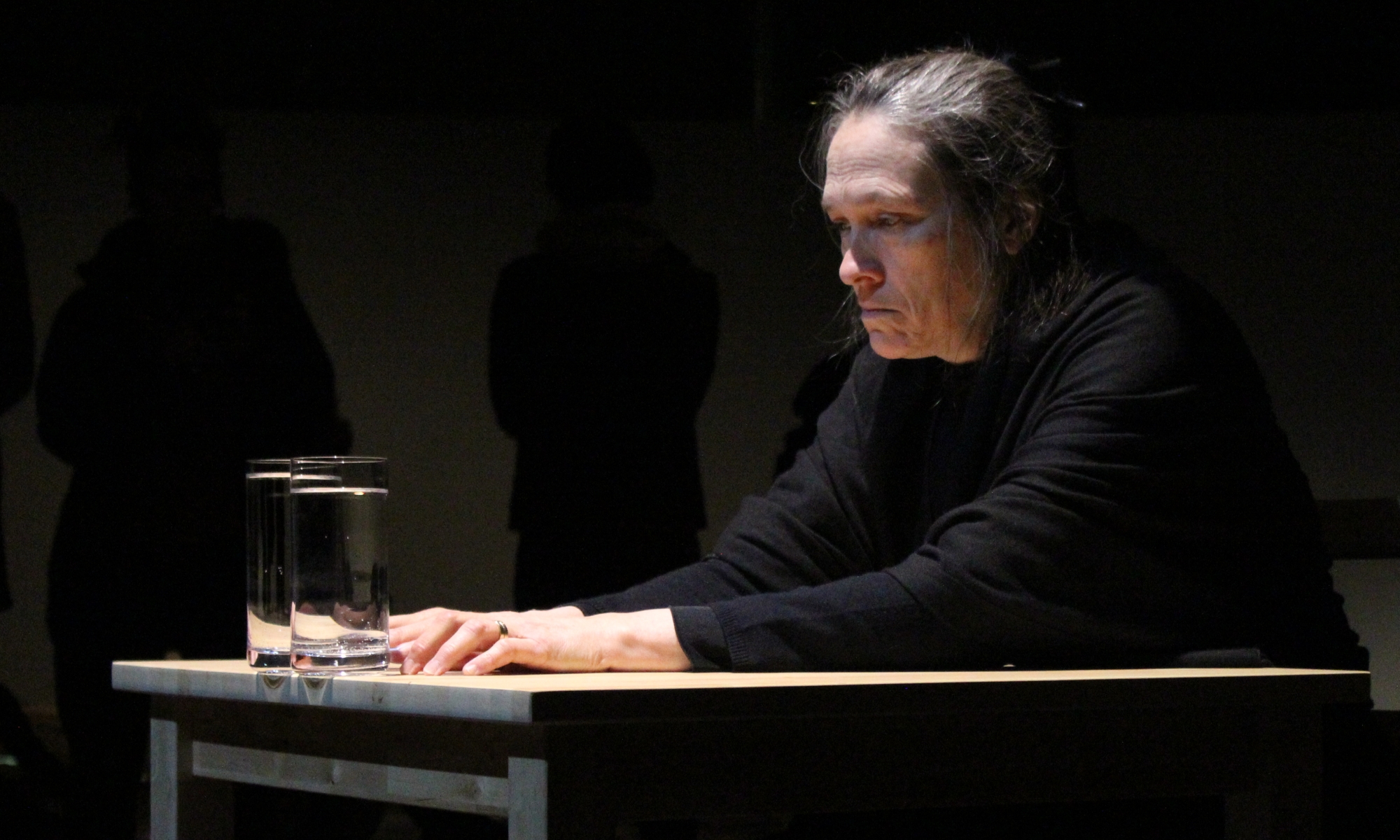 In the conversation with performance artist Marilyn Arsem on June 15, 2021, our research group focused on her artistic work, the difficulties posed by the attempts to conserve performance art, and the complications in preserving a performance before it happened. We also asked Marilyn what of her artistic oeuvre she would like to see preserved.

Marilyn Arsem wrote a manifesto titled “THIS is Performance Art” in 2011. Its five main points read:

During our conversation, Arsem stressed the importance of the ‘now’ in performance art. She maintains:

It’s interesting that we are so resistant to things dying and disappearing. The whole reason that I work in performance art is to keep remembering this [the fact of death] and to make the [present] moment meaningful. It’s about the moment and not the future. It’s about the immediate group of people that is there and how it affects them. The best performances are described as ‘you just had to be there.’ It’s not simply about the act itself, it’s about the presence of bodies together and the focus and the energy that is emanating, and how the audience is circulating in the space. It’s very much about that particular moment in time. I did the performance with the water glasses twice [Edge, 2013 and 2014], but they were very different performances. The first time I did it in Boston was in an event that included a commemoration of my husband. The people who were there knew him and so it had a particular aura. The meaning of that piece was very different the second time I performed it at the opening of a gallery exhibition on death, in Zagreb, Croatia.

Arsem’s concerns extend well beyond her take on a certain topic. Rather, what is important is what her work triggers in her audience. She often records her audience during her performances:

I’ve always been interested in what the viewer does with my performance. I have my own reasons for doing the performance. But the viewers aren’t coming to see what I am thinking about as much as they’re coming to use what I am doing to think about their own lives. An exchange with them, for me, is the most interesting part of the performance. Therefore, I have recorded audiences in different ways. They have often written about it, or I’ve videotaped conversations with them after an event. I make the work for myself first, but then I want other people to use it in their own way and to think about it in their own way. Some of the most interesting records of my performances have been the memories of audience members – sometimes 10 or 20 years later. Because so much of a performance happens in the viewer’s head, it’s not just what they see that is significant, but how they think about what they see and how that relates to their own lives.

When Arsem works on one of her performances, she particularly does not want to think about the future of the piece or its future audience—a major concern when it comes to the topic of the conservation of her work:

When someone asks you, how do you want to record [a performance], suddenly that work is for someone in the future, for a future audience. [The recording] takes it away from the immediacy of the situation and that distresses me. I would rather have no documentation of the performance, than to have to think about it in advance.

When discussing with our group the possibility of conserving a performance piece before it even happens, I was interested the role of the conservator. Usually, a performance happens, sometimes it is documented, and this documentation lands in the artist’s archive, or with some luck in an official archive. It is only later that conservation happens. We now begin to think about the fact that conservation might be considered from the beginning, just as documenting by means of photographic or video documentation is nowadays a matter of course; perhaps the conservator should be a part of the audience. This is a substantial shift in the system, because it implies a systemic change in the museums and other institutions harbouring or presenting performance. If conservation is considered in advance, then the role of the conservator in the face of performance art might have to change, too, as might the role of the performer.

Arsem also sees the role of the creator of documentation critically. She posits that the photographer might focus on things that are not meant to draw attention, and as a consequence, he or she might miss the things that are really critical. To avoid this situation, Arsem established a long-term collaboration with her husband, who knew her work and created photographic documentation during her performances. Reflecting on the challenge of documentation, she contends:

This is still thinking about the future, this ‘eye’ that isn’t there yet. Some photographers think they are invisible but stand right in front, blocking the view of the rest of the audience. Some photographers only take wide shots, but I think the close-ups and the remains of a performance, once it’s finished, are equally important. When you record it in order to have a record of it, sometimes the actual action becomes less important than the iconic image.

But Arsem is not entirely averse to documentation. In fact, she does see some benefits to the documentation of her work. Documentation might provide her with another perspective on a performance, one from the outside, similar to that of her audience:

Personally, I appreciate seeing what I did through someone else’s eyes. It makes me understand the work differently, because of course I have an internal experience of it and imagine seeing it that way through my own eyes, as I do it. But to flip it and see myself as someone else saw me – I appreciate that. It makes me understand the work in a different way. And maybe it helps me remember the work, because it turns me into the viewer.

For Marilyn Arsem the moment and the presence of the body remain central to her work.

When you are watching a performance, you do empathise, and you often duplicate the muscle tension of the performer, or you take on a similar body stance. The desire is to embody it and feel it through your own body while it is happening. And it gets harder when the other body is removed, i.e., when viewing documentation.

At the end of our conversation, we also asked her what she would like people to know about her work in 100 years. We received an intriguing answer:

I would hope that [the audience] would be interested in seeing how I chose to think about a question. Thinking about the situation of the Balkans in the ‘90s for example. Or how to be on the grounds of a museum, where the visitors hear screaming every five minutes.

When she contemplates the means of the conservation of her work, she prefers documents that leave room for the imagination:

I would rather engage [the audience’s] imagination and have them think of a piece that I never did, than to have them see all eight hours of a performance. It would be unbearable to watch eight hours of video anyway. The camera never picks up the details that the human eye sees and what the nose smells and the temperature of the room that you’re sharing and all the other information that cannot be recorded. And so, I would rather have viewers imagine the work in their own way. It serves their own needs that way, which I think is more important than a dead work of art.

Even as Marilyn Arsem tells us that performance art “cannot be held,” she carries out poetic research and conservation methods on the ephemeral in her performances. She thematises the ephemeral and makes it directly visible and tangible: she (and thus we, the audience) watches water evaporating over hours (Evaporation, 2008); she traces water pooling  on the floor (Water Moving, 2019); and measures nothing less than space and time by slowly extending her arms to move two drinking glasses across a table with profound slowness over seven hours (Edge).

Marilyn Arsem’s manifesto “THIS IS Performance Art” manifesto, plus an insightful article by the photographer Michael Wooley on “Documenting Arsem,” can be found in: Jennie Klein and Natalie Loveless, eds. Responding to Site. The Performance Work of Marilyn Arsem. Chicago: Intellect, The University of Chicago Press, 2020.